Dan-Loc has the special expertise in the machining of complex gaskets and seals for the oil field, including technical parts that require exact tolerances.

Dan-Loc can furnish an extensive range of coatings designed to inhibit corrosion. All of our coatings protect your products from conditions and environments that readily corrode unprotected bolts.

Dan-Loc is your “first call, only call” for hard-to-find specials and standards. We keep three stocking locations across the USA ready to fulfill your orders so you get what you need when you need it.

Dan-Loc has special expertise in the machining of complex fasteners and gaskets for the oil field as well as specialty technical parts machined to exacting tolerances. Dan-Loc machinists are highly experienced in machining a variety of materials with an emphasis on Inconel™, Monel™, and other exotics. Parts can be produced up to 24.5 inches in diameter and 80 inches in length.

Dan-Loc has top of the line CNC machine tools. The shop is staffed with highly qualified and experienced machinists as well as the personnel and equipment to provide extensive quality control. 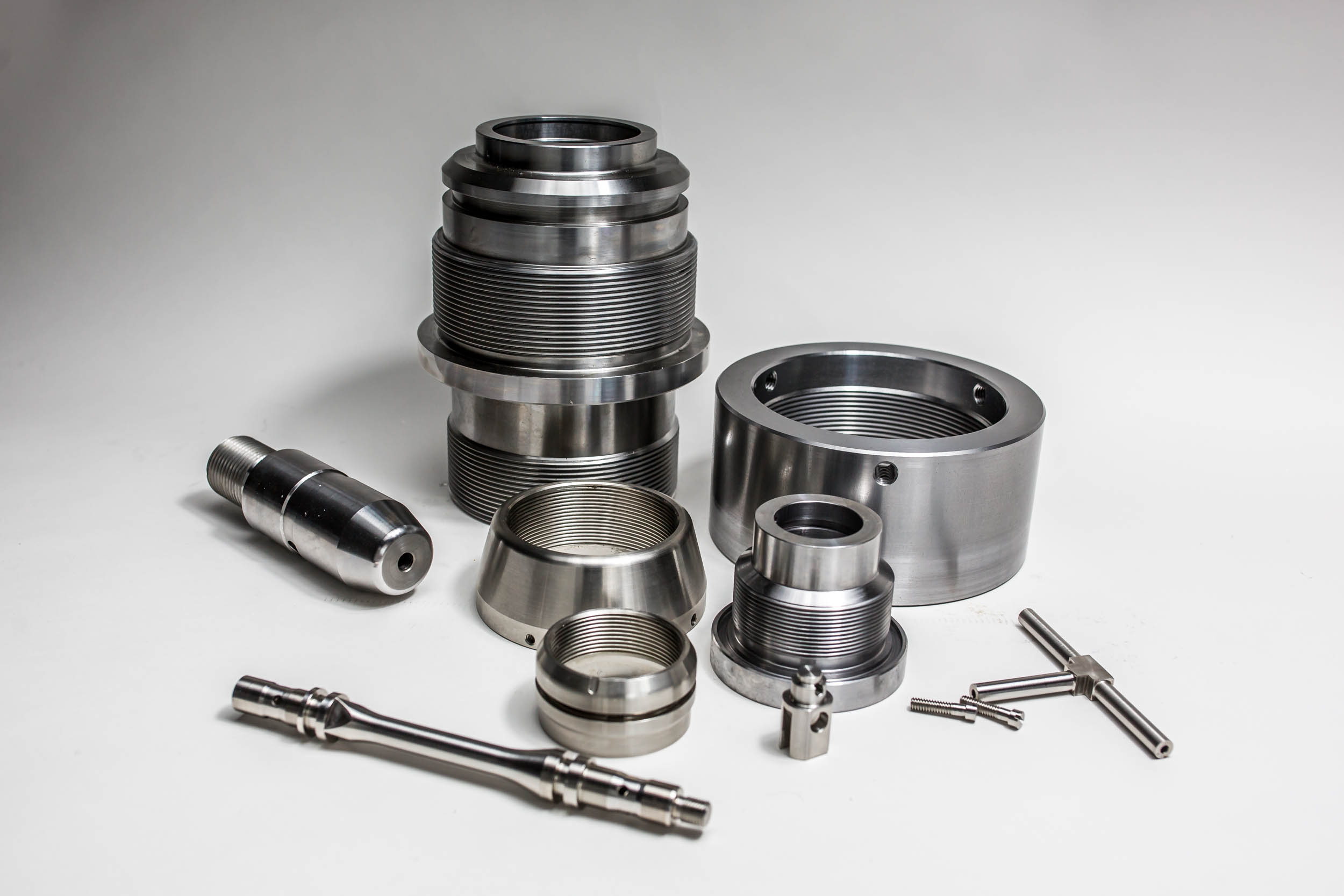 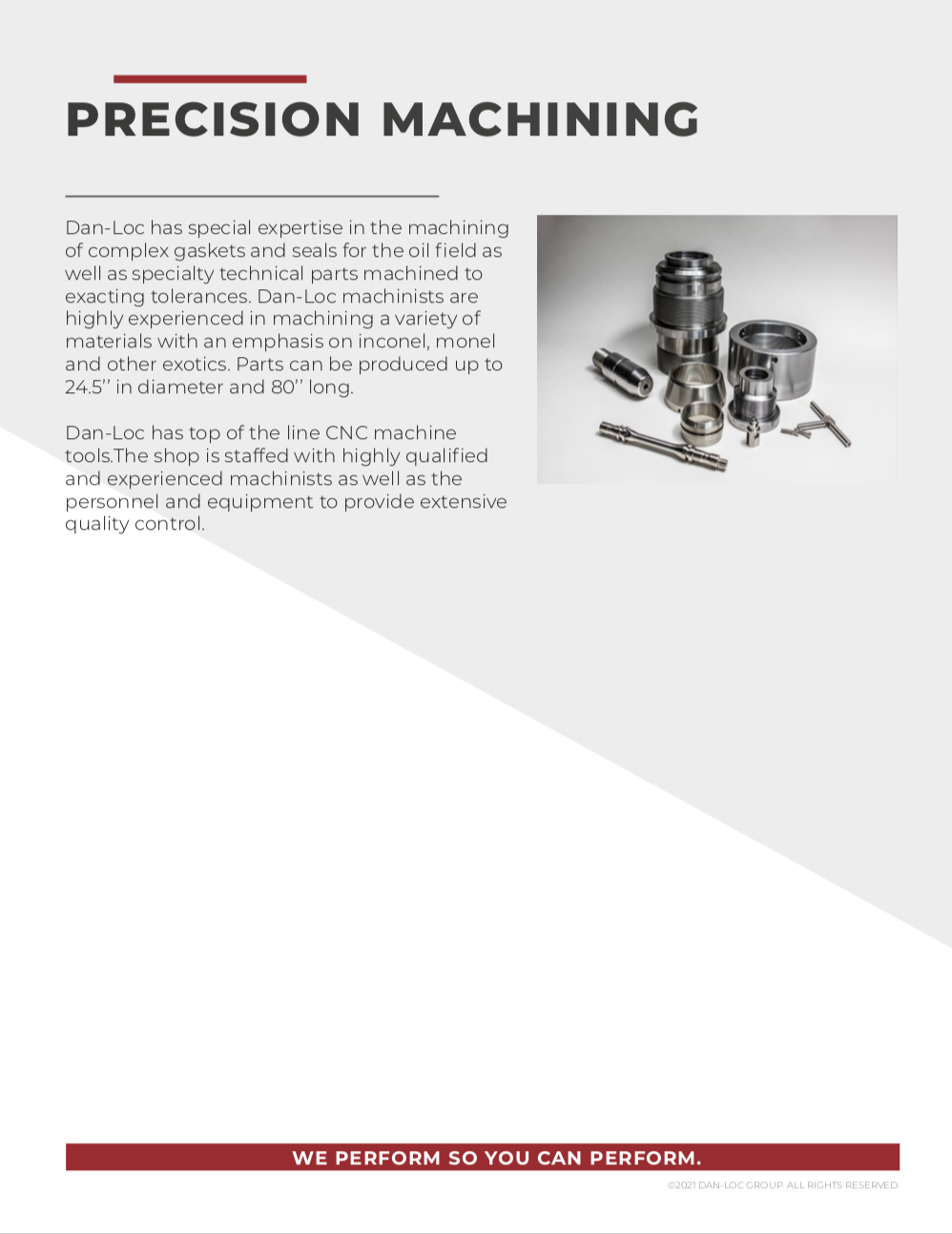 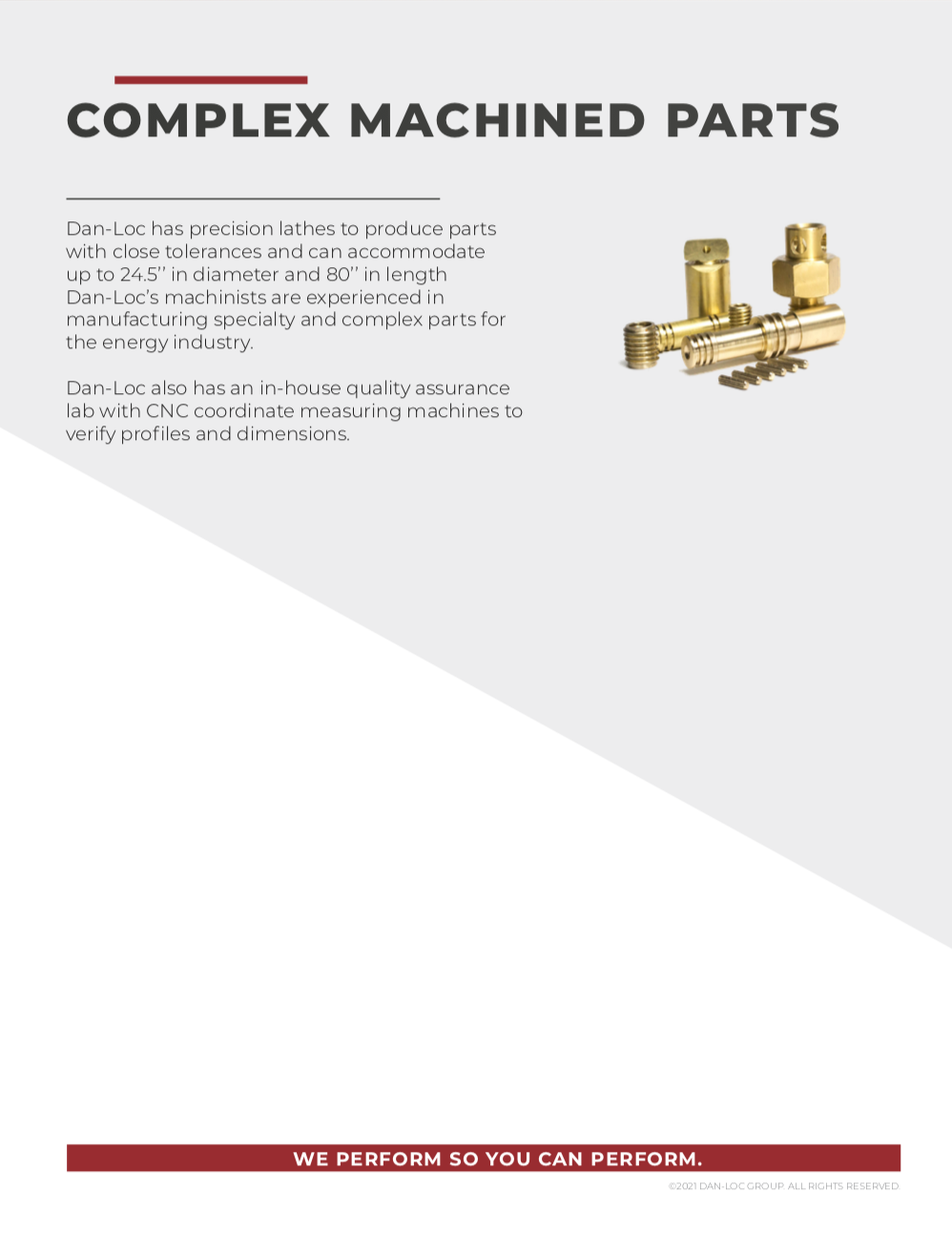 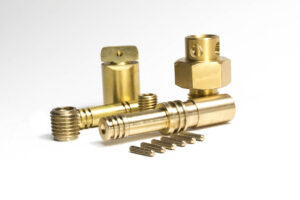 Dan-Loc has precision lathes to produce parts with close tolerances and can accommodate up to 24.5 inches in diameter and 80 inches in length. Dan-Loc’s machinists are experienced in manufacturing specialty and complex parts for the energy industry. 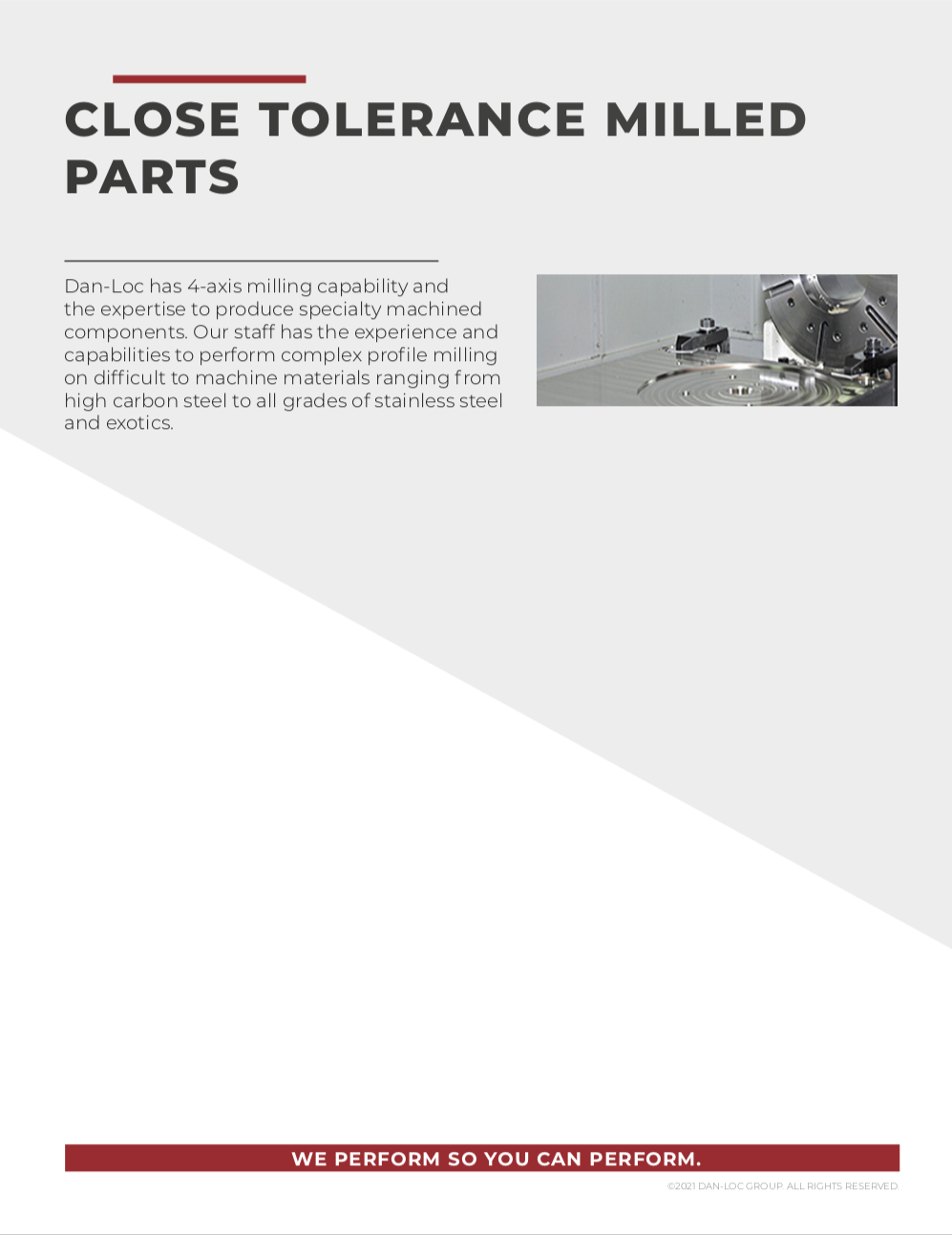 Dan-Loc has 4-axis milling capability and the expertise to produce specialty machined components.

Our staff has the experience and capabilities to perform complex profile milling on difficult to machine materials ranging from high carbon steel to all grades of stainless steel and exotics.

Dan-Loc can furnish a wide range of coatings designed to inhibit corrosion. Whether it is cadmium or zinc electroplating, Teflon/Xylan PTFE fluorocarbon, or other specialty coatings, all protect our products from conditions and environments that readily corrode unprotected bolts. 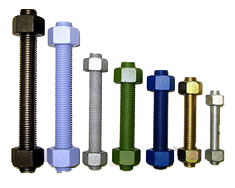 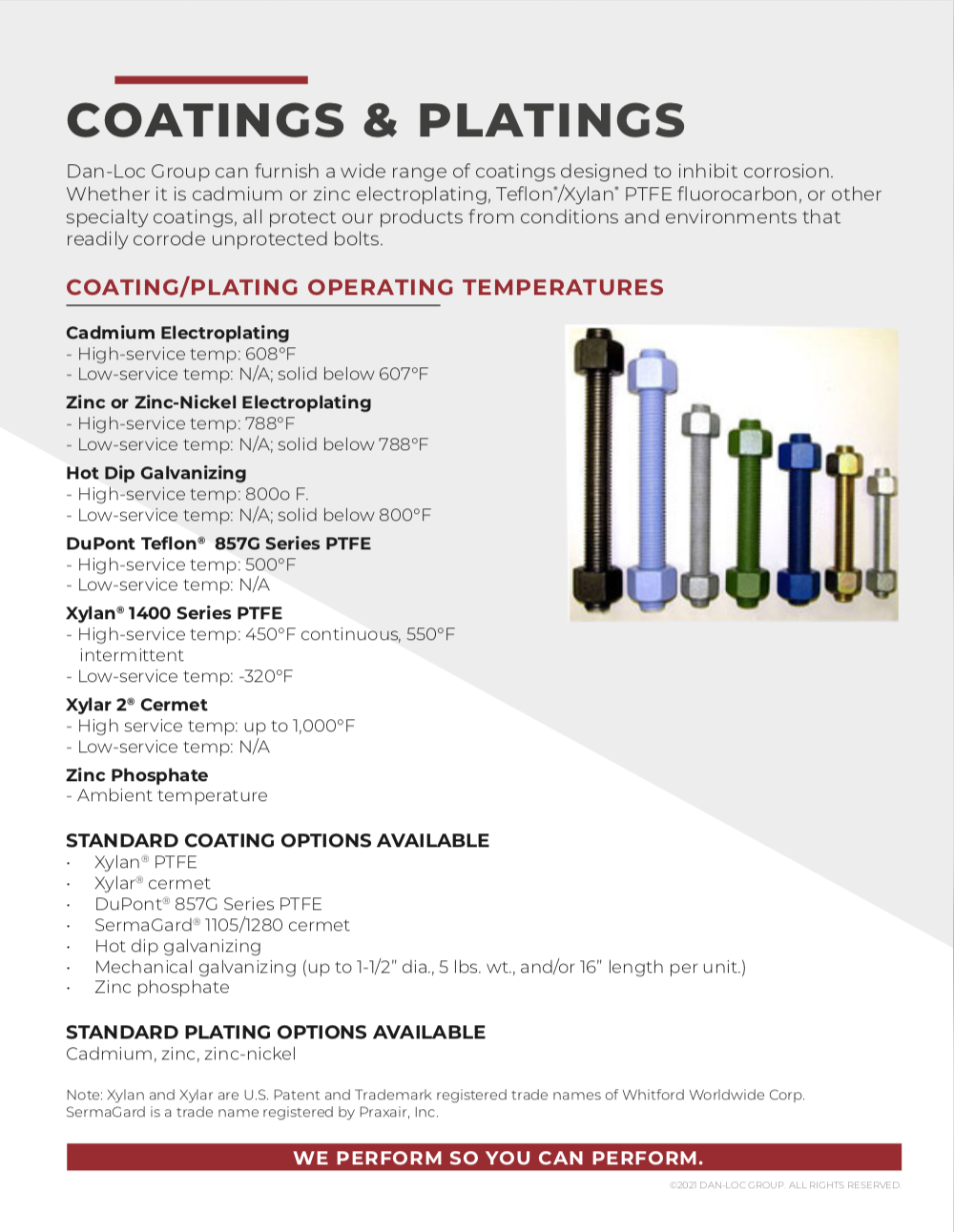 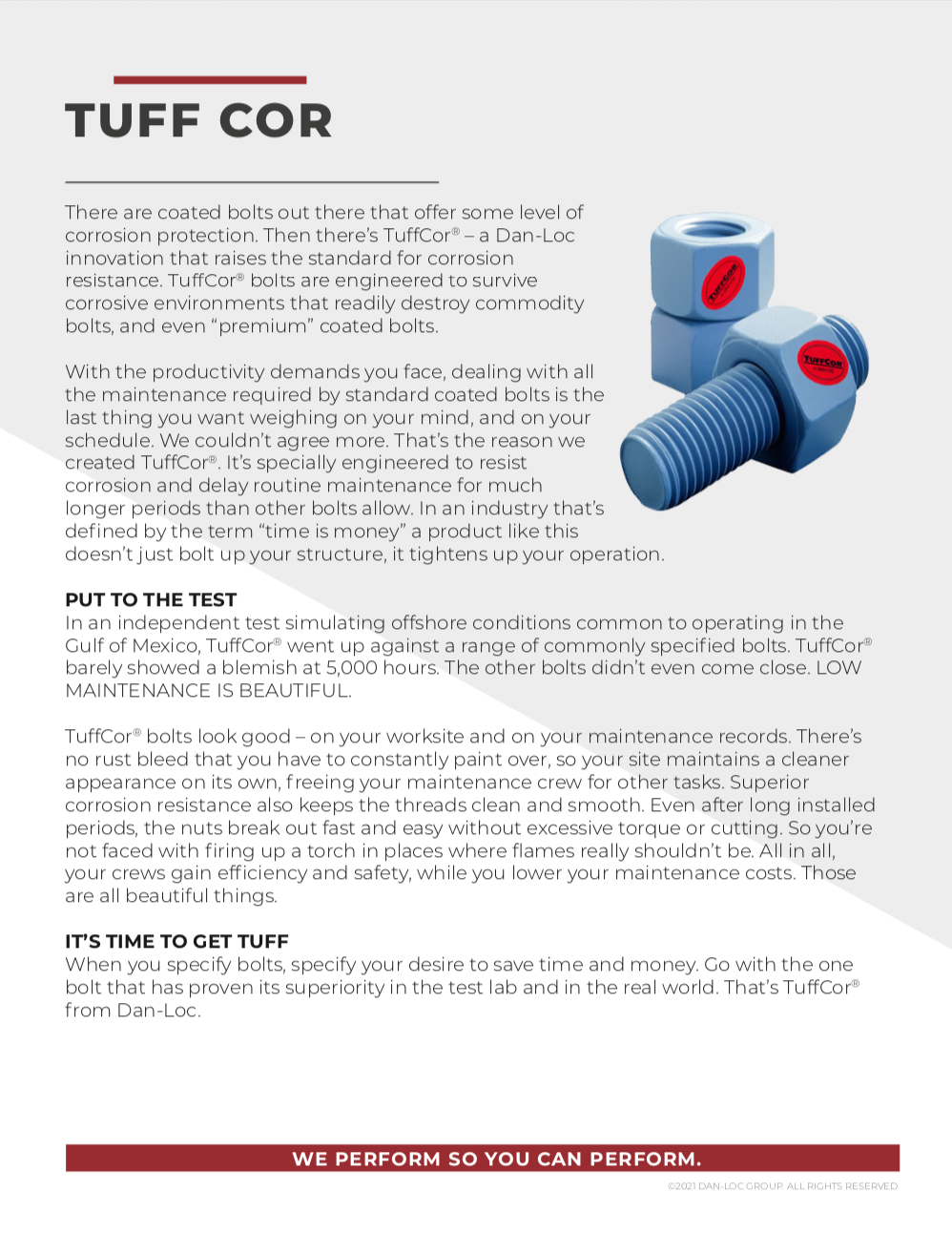 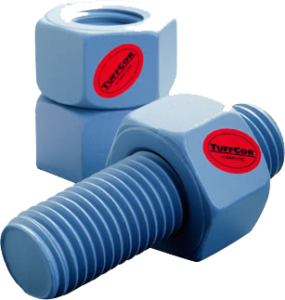 There are coated bolts out there that offer some level of corrosion protection. Then there’s TuffCor – a Dan-Loc innovation that raises the standard for corrosion resistance. TuffCor bolts are engineered to survive corrosive environments that readily destroy commodity bolts, and even “premium” coated bolts.

With the productivity demands you face, dealing with all the maintenance required by standard coated bolts is the last thing you want weighing on your mind, and on your schedule. We couldn’t agree more. That’s the reason we created TuffCor. It’s specially engineered to resist corrosion and delay routine maintenance for much longer periods than other bolts allow. In an industry that’s defined by the term “time is money” a product like this doesn’t just bolt up your structure, it tightens up your operation.

PUT TO THE TEST.

In an independent test simulating offshore conditions common to operating in the Gulf of Mexico, TuffCor went up against a range of commonly specified bolts. TuffCor barely showed a blemish at 5,000 hours. The other bolts didn’t even come close. LOW MAINTENANCE IS BEAUTIFUL.

TuffCor bolts look good – on your worksite and on your maintenance records. There’s no rust bleed that you have to constantly paint over, so your site maintains a cleaner appearance on its own, freeing your maintenance crew for other tasks. Superior corrosion resistance also keeps the threads clean and smooth. Even after long installed periods, the nuts break out fast and easy without excessive torque or cutting. So you’re not faced with firing up a torch in places where flames really shouldn’t be. All in all, your crews gain efficiency and safety, while you lower your maintenance costs. Those are all beautiful things.

IT’S TIME TO GET TOUGH

When you specify bolts, specify your desire to save time and money. Go with the one bolt that has proven its superiority in the test lab and in the real world. That’s TuffCor from Dan-Loc. 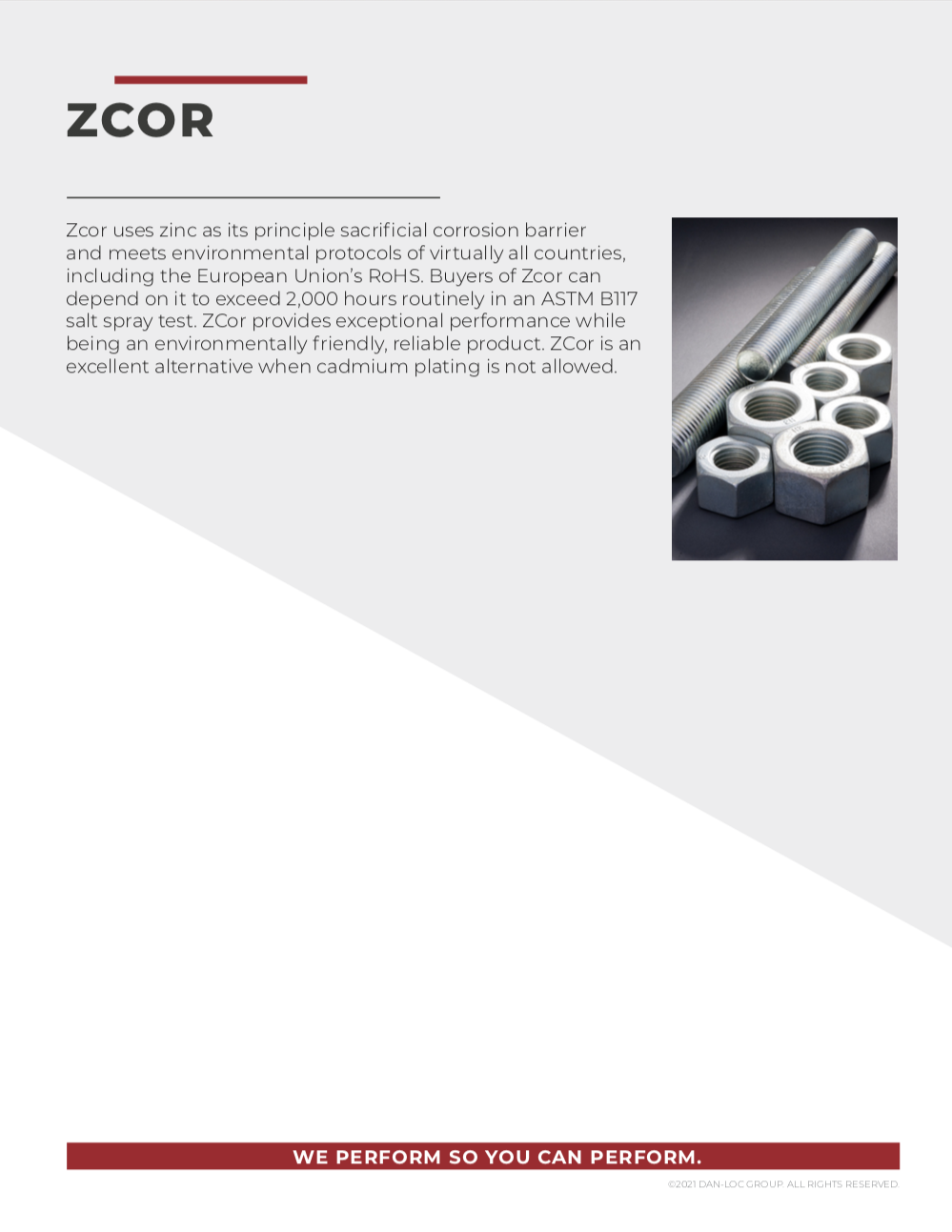 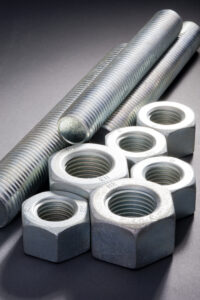 Zcor uses zinc as its principle sacrificial corrosion barrier and meets environmental protocols of virtually all countries, including the European Union’s RoHS.

Buyers of Zcor can depend on it to exceed 2,000 hours routinely in an ASTM B117 salt spray test. ZCor provides exceptional performance while being an environmentally friendly, reliable product. ZCor is an excellent alternative when cadmium plating is not allowed.

Your first call, only call source.

If you need stud bolts quickly, you should know about Dan-Loc Express. At three locations across the USA we’re ready to serve up your bolt orders quickly, so you can get what you want need you need it.

At all three locations, we have a full range of widely used bolts ready for immediate shipment. We can also provide studs made from exotic alloys – plus other unique products. And we offer fast turnaround on special orders, including special length studs and custom configurations.

Our dedicated staff of fastener experts will make sure your needs are quickly met from our wide selection of material options including: B7, B7M, L7, L7M, B16, B8, B8M and exotic alloys.

We also offer a variety of platings including zinc and cadmium, as well as PTFE coatings. Call the Dan-Loc Express nearest you for quick availability of a wide range of bolts and gaskets.

Three convenient locations to choose from:

Why You Want Dan-Loc On Your Team

Dan-Loc is your trusted custom machining, plating, coating and express inventory partner. We stock for your day-to-day needs, and are able to scale to projects of any size or manufacturing equipment customer need.

What can Dan-Loc do for you?

A knowledgeable representative will respond as soon as possible. Thank you!

Dan-Loc wants you to have the information you need and answer any questions you have. Please fill out the contact form, email us, or give us a call on the number below.

© Copyright 1961-2021 Dan-Loc Group, Inc. All rights reserved. All logos are property of their respective owners.

This website uses cookies to improve your experience while you navigate through the website. Out of these, the cookies that are categorized as necessary are stored on your browser as they are essential for the working of basic functionalities of the website. We also use third-party cookies that help us analyze and understand how you use this website. These cookies will be stored in your browser only with your consent. You also have the option to opt-out of these cookies. But opting out of some of these cookies may affect your browsing experience.
Necessary Always Enabled
Necessary cookies are absolutely essential for the website to function properly. These cookies ensure basic functionalities and security features of the website, anonymously.
Functional
Functional cookies help to perform certain functionalities like sharing the content of the website on social media platforms, collect feedbacks, and other third-party features.
Performance
Performance cookies are used to understand and analyze the key performance indexes of the website which helps in delivering a better user experience for the visitors.
Analytics
Analytical cookies are used to understand how visitors interact with the website. These cookies help provide information on metrics the number of visitors, bounce rate, traffic source, etc.
Advertisement
Advertisement cookies are used to provide visitors with relevant ads and marketing campaigns. These cookies track visitors across websites and collect information to provide customized ads.
Others
Other uncategorized cookies are those that are being analyzed and have not been classified into a category as yet.
SAVE & ACCEPT